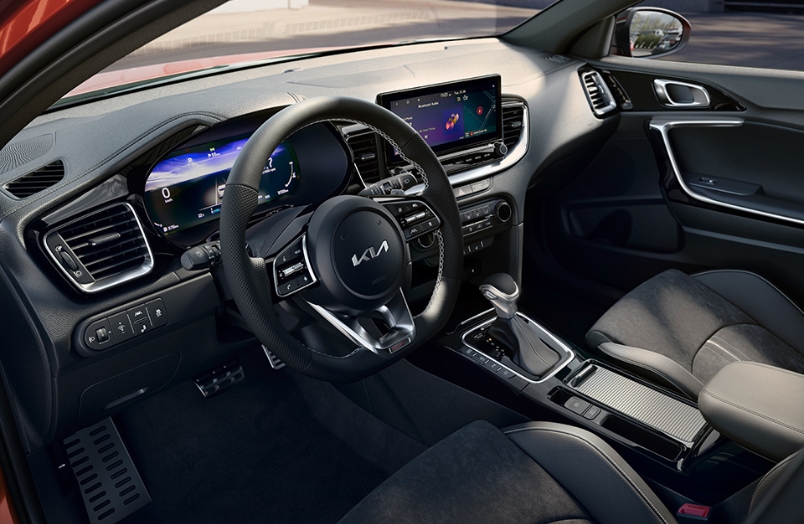 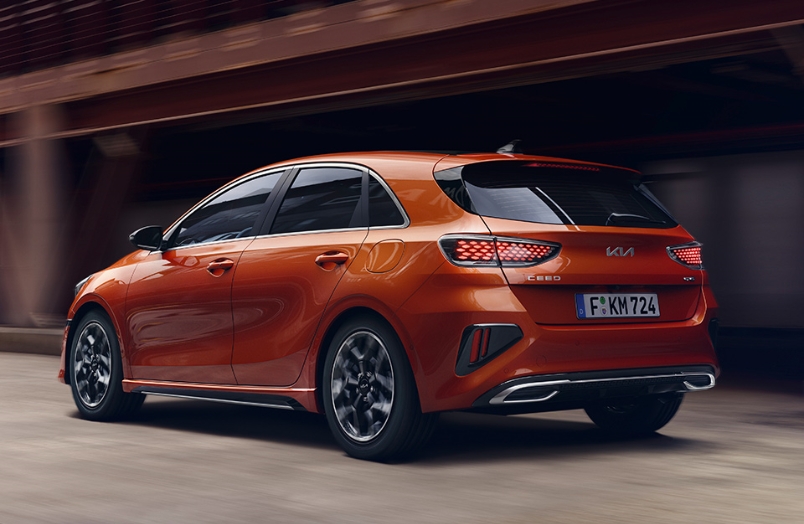 The new Kia Ceed takes to the road with a low, wide look that instantly grabs your attention. Its dynamic lines were developed at Kia's European design centre in Frankfurt and speak volumes about the car's sporty performance. The new Kia Ceed is ready to put the fun back into driving.

With its dazzling looks, the new Kia Ceed invites you to take every journey as an expedition to more enjoyment. The dual-layered front grille gives it a broad, sporty stance, continued along the sides by the chrome window line and on the K4 and K5, the 17" two-tone alloy wheels. A high-gloss spoiler, rear LED Daytime Running Lights and chrome exhaust pipes raise the impact.

In the new Kia Ceed everything is designed around the driver. The seamless horizontal layout of the instrument panel creates a roomy atmosphere. Stylish interior options include black cloth in the K2, cloth and artificial leather in the K3, two -tone in the K4, or, for the most refined finish, full black leather in the K5. Style and technology are perfectly combined in the K2 and K3 with the 7" screen while the K4 and K5 have an 8” touchscreen with navigation system. Android Auto and Apple CarPlay compatibility come as standard.

Your details have been submitted successfully.
One of our team will be in touch with your soon.

Submitting...
Your enquiry has been sent successfully.

Submitting...
Your enquiry has been sent successfully.

Due to recent changes regarding NOx tax the pricelist / product guide you're looking for is currently being updated. We apologize for any inconvenience. Please contact us to find out more.

Thank You.
Your we have received your enquiry and will be in touch soon.

Enquire About this Car

Enquire About this Car


Submitting...
Your enquiry has been sent successfully.

What would you like to know?
Do you have a trade-in ?


Submitting...
Your enquiry has been sent successfully.

What would you like to know?
Do you have a trade-in ?

Pay deposit on this vehicle

Total to pay deposit on this vehicle: POA

Total to pay deposit on this vehicle: POA

With Hire Purchase you pay for the car in a series of monthly payments. At the end of the term, after all payments and the option to purchase fee is made you take full ownership of the vehicle.

Pay for a vehicle in full via our simple and secure checkout using your credit or debit card. You will have a chance to value your current vehicle should you have one, and choose how to receive your new vehicle.